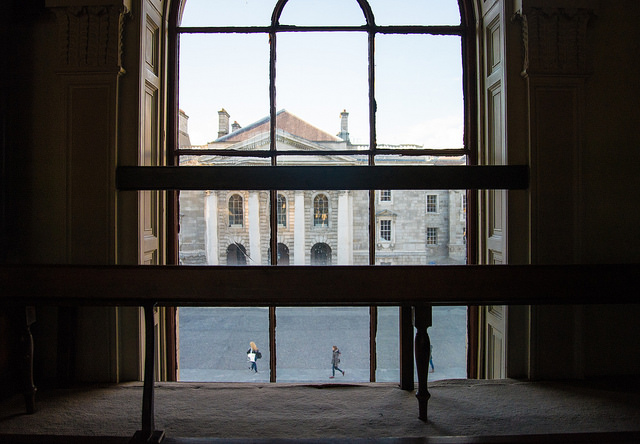 College Board, Trinity’s top decision-making body, has been given special status in a new bill aimed at radically reshaping university governance structures – a significant victory for College after months of fears that Board could be subject to radical restructuring.

While the number of external Board members will be increased, and the Provost will no longer chair the Board, Trinity is exempt from the stipulation within the bill that colleges’ governing bodies must have 17 members.

The Higher Education Authority Bill (2022), which was published today, states that Trinity’s Board may also include representatives of the Fellows – an elected group of esteemed academics who currently play a significant role in College decision making. Fellows will be appointed to Board on the condition that the number of non-Fellow members is no less than 40 per cent of the Board’s overall membership.

If the Higher Education Authority (HEA) “has a concern regarding a matter relating to the governance of Trinity College or the performance by Trinity College of its functions or compliance by it with its obligations”, it may request the Visitors to conduct a “General Visitation”, or an independent review of the board’s decisions.

The Visitors comprise the Chancellor and the Judicial Visitor, with the former taking the lead on rulings but deferring to the latter on legal issues.

Currently, Board has 27 members, including four student representatives – three from Trinity College Dublin Students’ Union and one from the Graduate Students’ Union.

The distinction between Trinity and other universities in the new bill follows months of criticism from College Board members and others regarding the mooted reforms.

In a submission sent to the government last year – seen by The University Times – Trinity asked that it be allowed to put together its own Board reforms, which would not undermine its “collegiate traditions and structures”.

The submission, signed by Provost Patrick Prendergast and Secretary to the College John Coman, pointed to the Universities Act 1997 as precedent for allowing it to put together a Private Bill, distinct from the government’s legislation.

“We contend”, the submission stated, “that Trinity’s distinct context and legal heritage separates it from other institutions and demands careful attention in any legislative scheme”.

“For Trinity”, it added, “providing for a majority of external representation would be contrary to long-established collegiate governance principles embedded in its Statutes. Having the collective buy-in of our College community to Trinity’s governance gives it credibility and strengthens its effectiveness”.

In the submission, College stated that it supports “the value of a competence-based framework”, but said that it did not believe that “the proposed Ministerial appointment of external members to its Board with the approval of the institution represents best practice”.

Instead, it argued, a nominations committee of the Board should be responsible for finding candidates for nomination, with reference to a Board-approved competency framework.

In Trinity’s Provost elections, all three candidates slammed the proposed governance changes, with now-Provost Linda Doyle telling this newspaper in March that they were “very bad” for College.

“Of course accountability is crucial, but I feel that the document as it’s written [sic] in a way suggests we do not already function under a huge level of accountability”, she said. “The democratic ethos of Trinity must be defended.”

When the heads of bill was published last May, Trinity was the only university specifically mentioned as being excluded from some of the proposed reforms to college governance.