Social work students have criticised a new system brought in by their School to monitor attendance.

In their first semester of in-person classes since before the pandemic, students have had to download an attendance-tracking mobile app called SEAtS, which they say has generated unnecessary stress and anxiety.

The app tells students what percentage of classes they’ve attended (shown in green) and how much they’ve missed (shown in red). Both the percentage for the last seven days and the last 30 days can be seen. It also notes the amount of times a student has been late.

“It does cause quite a lot of anxiety in the course”, she said.

The app was introduced at the start of this semester and initially had functioning issues. Final-year social work students were on placement last semester so had no contact hours on campus.

“It was forced upon us to download this app and then if it wasn’t working, we were the ones that were getting stressed about it”, said Heffernan. “It looked like it was affecting our attendance because it was coming up that we had zero per cent attendance, even though the app just wasn’t working.”

“We had to email the developers of the app and try to get the app to work”, she said. “It was just a lot of additional stress for something that wasn’t our idea.”

Ruth Hanratty, another final-year student, told The University Times: “A lot of the younger students in our class who were very capable, doing very well – you can see the anxiety over it. They’re talking about it all the time. It shouldn’t be a focus. It shouldn’t even be a thing.” 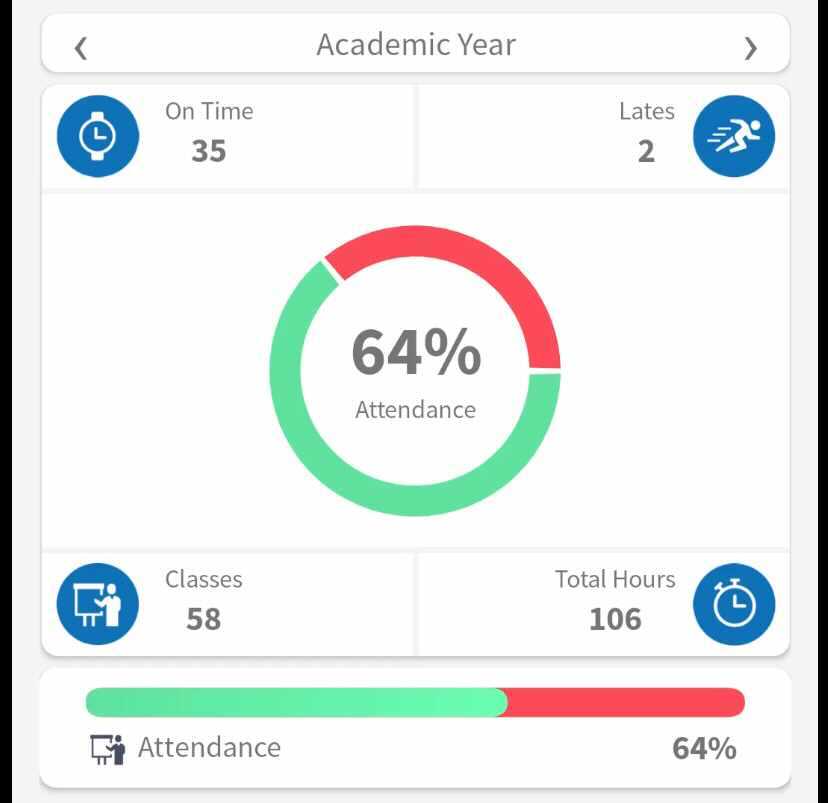 Before the pandemic, attendance was taken in some classes. Students were required to sign their name on a sheet of paper. A small number of students signed their friends’ names when they weren’t in attendance, which is said to have caused concern in the School.

Eileen Adams, another final-year student in the course, described the new system as “punitive”, saying that it “creates a sense of shame and punishment”. “If you’re even 15, 20 minutes late due to circumstances beyond your own control, it comes up in big red writing: ‘Late.’”

When the students go to a lecture, they must now “check in”. This is done through a locator which picks up the location of smartphones. Students can only check in if they are within a certain radius of the locator.

Students who spoke to this newspaper said they felt this function was a violation of their privacy. Adams said: “I do understand where the need for the app came from because there was issues with the sign-in sheets, but I do feel like the app is kind of a violation of privacy.”

“The college didn’t even ask us consent if we wanted to have the app on our phone”, she said.

“I’m on the fence about it”, she continued. “I think it’s handy if you need to let the School know that you’re going to be sick, but it literally seems to just monitor attendance.”

Adams added: “I know a lot of people, maybe mature students, or even someone my own age, don’t like technology, and they don’t take that into account. So basically, you’re forcing someone to maybe get a [smart] phone that they don’t want because you have to have this app.”

The course group was informed of the new system at the beginning of the semester and was asked to download the SEAtS app. However it did not seem to encourage higher attendance at first. In an email to social work students on February 21st, Dr Orla Crowe, their year head said: “Attendance records do indicate a slippage in numbers in some classes and some students are leaving online classes early.”

“This is a gentle reminder that attendance is compulsory at all learning and teaching events unless there are extenuating circumstances”, she said.

“Where they miss more than a third of a module in any term the student’s tutor will be contacted and will result in the student being returned to the Senior Lecturer as ‘non-satisfactory’.”

Heffernan said that students were struggling to manage their time: “We have been given a lot of assignments, which are due just right at the end of the term, just shortly after lectures are finished. So we’re now struggling between: do we sacrifice missing a lecture and then our attendance dropping or do we sacrifice giving up time to complete our assignments?”

While College has largely returned to its pre-pandemic state, many students and staff are still missing lectures if they contract coronavirus. Case numbers have risen sharply in Ireland in recent weeks.

Heffernan said that the School didn’t accommodate a request for lectures to be recorded and material to be made available online.

In an email response to Heffernan’s request, Course Administrator Mairead Pascoe said: “We understand that in the context of the on-going pandemic, in exceptional circumstances, there may be occasions where online recordings of face-to-face lectures might be sought or deemed beneficial. We assure you that BSS Course Directors have given this careful thought and are committed to making as many resources available to students as possible to maximise engagement.”

“It remains the case, however, that on a social work course, much of the teaching is not amenable to recording for important pedagogical, ethical and confidentially related reasons. As such, it will not be possible to provide online alternatives for much of the face-to-face teaching.”

Heffernan said she found the response “quite confusing, since we had a whole semester online last year”.

As a student parent, Hanratty has a home life which she said can sometimes make attending class more challenging. After her children contracted coronavirus, Hanratty couldn’t come into College – something she says the School was understanding of.

She has apps for her childrens’ schools, but doesn’t believe such close attendance tracking is necessary for third-level students.

“For fourth year, we know what is expected of us to qualify as professional social workers”, she said. “Attendance is falling at the minute because we’re coming near the end of our last year … people aren’t going in because we’re trying to get everything in because we have no exams.”

The app does not update accordingly if a student contacts the school about an absence.

Students said there was a lack of communication from the School about how the app works and what effect it would have on their grades.

“It was never explained to us if it would affect us going on as professionals now at the end of the year”, Hanratty said, adding that the class doesn’t know what percentage of attendance is required for them to pass.

CORU, the regulatory body for health and social care professionals, does not require students to have attended a minimum amount of lectures in order to qualify. Attendance requirements are at the discretion of the School.

The School of Social work did not provide a comment to The University Times by the time of publication. A response will be added to this article when one is received.