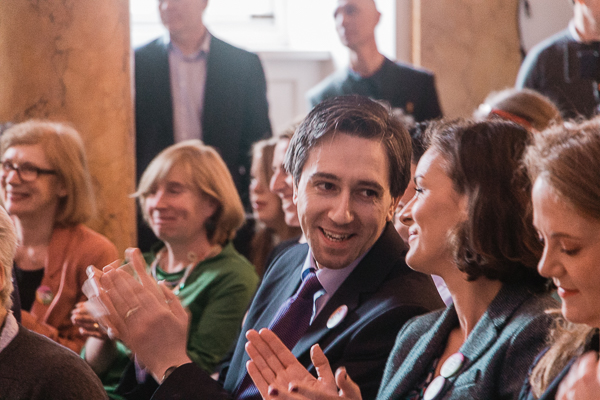 Science Foundation Ireland (SFI) and the Irish Research Council (IRC) are set to merge in the latest shakeup to the higher education funding model, the Irish Times has reported.

The creation of the new research funding organisation will be announced as part of the government’s new “Impact 2030” strategy set to be released later today.

According to the Irish Times, government sources said the move is designed to “minimise competition for the same pot of funding and to advance multi-disciplinary research”. The new strategy will also commit €1 billion to research funding this year.

The new organisation is set to begin operations in 2023, with academics and other staff to be consulted in the interim.

Speaking to the Irish Times, Minister for Higher Education Simon Harris framed the merger as necessary to produce the multi-disciplinary research required to solve the challenges facing society.

“The need to bring experts from across many disciplines together to solve these issues is increasingly critical,” he said.

“The governance and oversight structures of Impact 2030 reinforce the standard of excellence of Irish research and optimise the impact of the research and innovation system.”

Harris also said the new structures would “remove barriers for female researchers and will extend supports for students from underrepresented groups to become researchers”.

“As the attraction and retention of world-class talent becomes increasingly competitive on a global level, Ireland needs to be a location of choice for the best and the brightest in order to realise our ambitions,” he added.

The move comes after Harris announced a new “Funding the Future” framework earlier this month, promising to invest an additional €307 million in higher education in an attempt to “settle the question” of third level funding.

The framework also committed to a gradual reduction in the student contribution charge over an unspecified number of years. The staggered reduction will be “informed by an economic analysis including the dynamic effects of additional sectoral supports to be undertaken prior to each Budget”.

“Funding the Future” aims to improve funding for student supports, which has been relatively stagnant since 2011 despite a 25 per cent increase to the cost of student living over the same period, according to the government.

In a press statement at the time, Harris said: “Today is an important day for the future of our country as we set out the vision and direction of higher education funding in this country.”

The new plan for higher education funding in response to the Cassells report of 2016 was due to be published before the end of 2021.

Third level stakeholders have largely welcomed the new framework, with the Irish Universities Association (IUA), the Technological Higher Education Association (THEA) as well as the Union of Students in Ireland (USI) praising the government’s new commitments.

In a press statement following the initial announcement, IUA Director General Jim Miley said that “despite the long wait of almost six years since the Cassells Report, it is heartening that Government has finally agreed a plan to address the persistent deficit in funding higher education”.

“For the first time, there is now a definitive recognition of the reality of the investment needs to underpin quality and enable our universities to continue to produce world-class graduates.”

“However”, Miley added, “today’s announcement will mean nothing if the Government fails to follow through on this policy commitment with a significant first tranche of investment in Budget 2023 and a removal of the embargo on hiring permanent staff under the Employment Control Framework”.

In a press statement reacting to the government’s announcement, Chair of THEA and President of TU Shannon Professor Vincent Cunnane said: “While we welcome today’s announcement, we recognize that the implementation of this new policy will be critical in terms of directing this investment to those in greatest need and we look forward to working with the Implementation Review Group to ensure this delivery.”

“The Minister has clearly outlined that the source of the increase of core funding will be exchequer-based and has secured the approval of the Department of Public Expenditure and Reform in his exclusion of the possibility of student loans”, he said.

The USI also welcomed the government’s plans for increased funding for the higher education sector, but called for more detail to be published regarding proposed reductions in the student contribution charge.

The union – which has repeatedly called for Ireland to move towards a “fully publicly funded” system – expressed frustration that the government continues to plan to fund third level with the help of student fees.

In a press statement at the time, USI President Clare Austick said that “we have to stop relying on students and their families to pay such a significant amount towards the funding of higher education”.

“While there has been mention of bringing down the costs for students through better student grants and reduced student fees, there is no funding allocated for the reduction of the Student Contribution Charge”, she said.

“We welcome that this conversation is happening and that we finally have some detail on how [the] government plans to fund higher education in the future.”

“The Cassells Report was published in 2016 and was sent to the European Commission in 2019 for further analysis, so this announcement was a long time coming. USI welcomes the increase in core funding for colleges and universities, which is needed and will come with reform of our institutions.”

One key goal set out in the government’s announcement today is to increase higher education participation rates among underrepresented groups. Austick called for a “holistic approach to removing the barriers to third level education”, which she said must involve “the scrapping of student fees and bringing the SUSI grant to a level that reflects the actual costs of living”.

The USI statement added that the new funding framework “should not just be about reverting back to the system that was in place before the economic crash, but about creating a structure of funding that provides us with an equitable, inclusive, accessible, and supportive higher education system.”