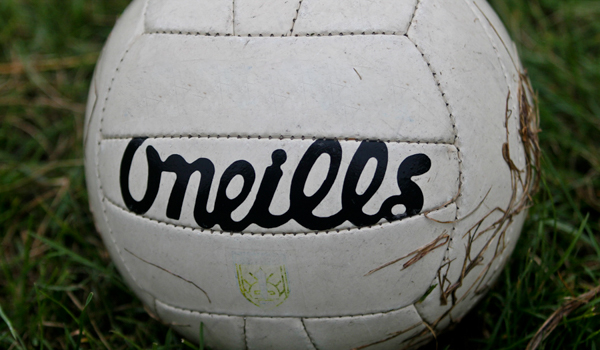 Trinity Ladies’ Gaelic footballers lost their opening game of the O’Connor Cup against NUI Galway 7-15 to 0-4 in Clanna Gael Fontenoy GAA club on Tuesday night. This was a historic event for the club marking their first ever O’Connor Cup appearance, competing in the Division 1 competition following their Giles’ Cup win last season.

Galway dominated much of the play in the first half, scoring 2-8 without response at half-time. Galway played their way through the Trinity defence with precise passing and quick decision making, comfortable in taking their points under pressure. Playing against the wind, Trinity didn’t have as many opportunities in front of goal. Under constant pressure from the NUI Galway attack and with most forwards pulled into their own half to defend, when Trinity did move to counter-attack there were too few players left up front to cause any serious threats.

Individual runs from Sarah McCaffrey and Amy Conroy, carrying the ball into dangerous territory, led to Trinity’s greatest chances of the half, but none could return scores. McCaffrey saw a free kick in front of goal carried wide of the posts by the wind from 20 yards out, and Conroy almost closed the half with Trinty’s first goal of the campaign when she reached above the Galway goalkeeper in the square to punch an incoming ball which then rolled just wide of the nets.

Galway played their way through the Trinity defence with precise passing and quick decision making, comfortable in taking their points under pressure.

Trinity opened the scoring in the second half with their first point of the game coming from a free kick. The passing and movement of the Trinity side was improved as the team started to come together and create chances. Anna McHugh continued their slow redemption when she placed the ball between the posts from a tight angle.

The improved Trinity form did not phase Galway however, as they continued to take their points and found the net five more times in the second half with Laura Brudell, Emer Fogarty, Aife Kavanagh, Olivia Divilly and Emer Gallagher all putting goals away for the Galway side. Galway were tactful and aggressive, challenging for the ball in the air, finding space and taking chances. Combined with their clinical finishing, the result was a harrowing 7-15 to 0-4 win.

Promotion to the O’Connor Cup was expected to present a challenge to the Trinity Ladies and their opening encounter against NUI Galway showed to be a baptism of fire. With 2015 O’Connor Cup winners University of Limerick and UCD still to face in the group, Trinity Ladies GAA will have a few challenging weeks ahead.