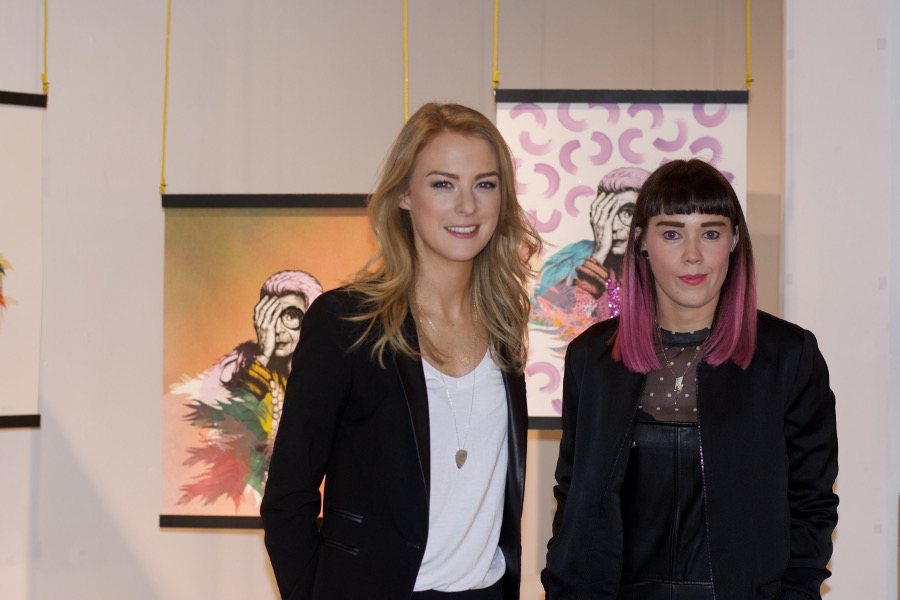 Jill & Gill’s work is instantly recognizable – vibrant, colourful and energetic, much like the artists behind these intriguing works, screenprinter Gillian Henderson and illustrator Jill Deering. From their modest beginnings only a year ago to the launch of their first solo exhibition last week, Jill & Gill sat down with The University Times to discuss their exciting journey so far.

Henderson, who studied furniture and product design at Ulster University before joining the team at Dublin-based framing studio Hang Tough Framing, first met Deering when the illustrator used the company to get digital prints and mounting done for a 2015 solo exhibition. Rubio, Hang Tough Framing’s founder, suggested getting her illustrations screen printed with Henderson, a process Deering was unfamiliar with at the time. Together, they screen printed one of Deering’s popular drawings of a cow and were impressed with the outcome of combining their talents.

However, it wasn’t until Sarah Moore, who runs consultancy firm Tall Boy Projects, was looking for Bosco-themed art for the opening of an Irish pub that Deering and Henderson collaborated for the first time. Henderson explains, speaking to The University Times: “It was just going to be the two of us, Jill Deering and Gillian Henderson working on a piece for Tall Boy, and that was it, that was always going to be the end goal”. Little did they know, however, this was the beginning of what would soon become Jill & Gill.

With the repeal campaign gaining significant traction in the last year, Deering and Henderson wanted to contribute more than just their vocal support to the movement

Both marvel at the response their new business has received so far. “Better than we kind of anticipated really … it’s mad because people made it a product and a brand before we really decided that that’s what we were going to be”, Deering effuses about how quickly Jill & Gill has become a staple on the art scene in Dublin, receiving widespread media attention and a growing following. Having only formed in 2016, Deering, speaking to The University Times explains how “it seems to be this thing where we’re still trying to catch up”, attesting to how quickly the brand has grown in such a short space of time.

The pair reveal that their catchy name came from when they were both signing their full names on prints one day: “It was very long, so we just said ‘let’s just do Jill and Gill’”, Deering explains. The name is simple yet memorable, and Henderson elaborates on how designers have even asked who did their branding, which attests to the sophistication of the design. Henderson highlights the simplicity of their approach to their branding and business as key, as it gives them to ability to “manipulate ourselves”. “We went rainbow-coloured for trolls, then for repeal, we were able to use our logo as black, and now for Iris, we can go a bit more flamboyant and fun”, Henderson explains. It’s this approach to their branding and business that keeps Jill & Gill current and always open to change. 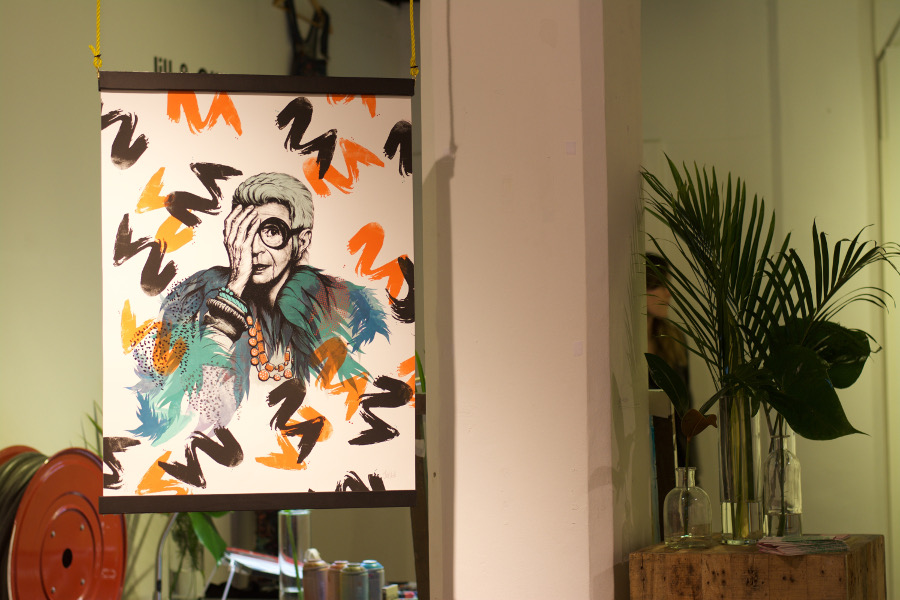 With the repeal campaign gaining significant traction in the last year, Deering and Henderson wanted to contribute more than just their vocal support to the movement. Having a talent to offer, they decided to create a screen print in support of the campaign to repeal the eighth amendment. Deering explains: “We said we should contribute in our own way. It would be nice to give back. We’ve got a skill, let’s do a print.” The print, which shows two hands in the shape of an eight against a black background, was inspired by an Instagram post by Irish TV presenter and fashion designer Brendan Courtney.

Following in the footsteps of Anna Cosgrave’s successful Repeal Project jumpers, Deering and Henderson share the belief that art has a unique ability to instigate conversation around political issues. Deering explains: “We’re talking about very serious issues these days in a very creative manner, which I think is fantastic because it just breaks down that tension of politics.” Henderson goes onto express how “people are fearful of the word politics” and offers an example of a 14 or 15-year-old girl walking up to Henderson while she was wearing a repeal hat and asking where she got it, opening up a conversation on the issue. In addition to raising funds for the Abortion Rights Campaign, Jill & Gill has achieved exactly what they wanted with their repeal screenprint by inspiring conversation.

Their first solo show, The Iris Collection, launched last week at the Fumbally Exchange, seeing huge crowds of wonderstruck visitors shuffling through a packed venue, enjoying the prints of legendary Iris Apfel on display, a live DJ and “J(G)ill and Tonics”. Speaking to Deering and Henderson just before the opening, the excitement was palpable. There was a definite sense of relief having made it this far and seeing the detailed and vibrant works on display. Each work is visually engaging and unique, much like the subject of the prints.

When initially planning their first solo exhibition, the duo reveal they had no idea how long it would take or how much work would be needed to put it all together

When initially planning their first solo exhibition, the duo reveal they had no idea how long it would take or how much work would be needed to put it all together, from the actual printing and illustrating to more arbitrary work like booking a venue, securing sponsorship and sending out invitations. “We thought we could just do this within a month. The illustration was done, we’re like ‘okay, we’ll just print, a couple of days’”, Deering explains. The entire process took over eight months, but the completed prints are unique and engagingly capture Apfel’s infectious and vibrant personality.

When deciding on their latest project, they had already completed their Troll project as well as the Bosco series. In keeping with their nostalgia trend, they decided on Apfel as their “muse”, as Deering puts it, for their next endeavour. Apfel’s dynamic style and distinctive features offered Jill & Gill a lot to work with in terms of line and colour.

Looking towards new projects, Henderson explains that “if it kind of scares us or if it’s like ‘oh I don’t know, it could be risky”, it’s definitely the right thing to do. If we’re kind of like ‘ah yeah, okay, then really there’s not much point in us doing it’”. With this in mind, Henderson and Deering reveal that they see Jill & Gill venturing outside the scope of screenprinting, with aims to work with fashion and jewellery design. Deering highlights the experience of doing James Vincent McMorrow’s merchandise for his We Move tour and how the experience “opened another door” and showed them that they “can adapt to a lot of different fields”, which again attests to the versatility of Jill & Gill.

The massive crowds and lines out the door at the opening of their first solo exhibition is testament to how far Jill & Gill has come in such a short space of time. With the brand only in its infancy, it will be exciting to see what’s next for this effortlessly cool and talented duo.