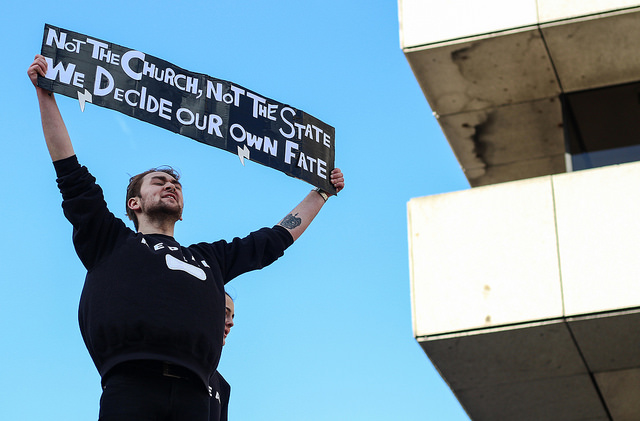 Leo Varadkar has announced, on his first day as taoiseach, that Minister for Health, Simon Harris, is to begin preparing legislation for a referendum on repealing the eighth amendment in 2018, a move that has long been called for by pro-choice activists and the majority of students.

Varadkar made the announcement while revealing his new cabinet positions, which saw a largely unexpected reshuffle, and Harris tasked with staying on in the Department of Health.

Varadkar’s statement today is in line with Harris’s own beliefs on the issue. Speaking yesterday after the UN Human Rights Committee found that Ireland’s current legislation on abortion was a violation of human rights, Harris called on the government to have a referendum on this issue next year. The case was taken by Siobhán Whelan who was forced to travel to the UK to have a termination due to a fatal foetal abnormality. The state was ordered by the committee to provide Whelan with psychological treatment and compensation.

After news of the committee’s findings were released, Harris reiterated his belief that the issue of allowing abortions in the case of fatal foetal abnormalities needed to be addressed by the government.

The news of a referendum to repeal the eighth amendment comes in the same week as reports that a young girl was sectioned after asking for an abortion. The case came to light after the Child Care Law Report Project was published this week with 22 cases being highlighted. In a report by the Irish Times, it was stated that the girl was detained under the Mental Health Act due to the fact she was at risk of self-harm and suicide due to pregnancy. The psychiatrist went on to find that “this could be managed by treatment and that termination of pregnancy was not the solution for all the child’s problems at this stage”.

Reaction to the news has been quick, with Senator Ivana Bacik and Executive Director of Amnesty Ireland, Colm O’Gorman, tweeting out their support of the news. O’Gorman said that the “solid commitment” offered by Varadkar was “great news” but called on people to ensure that they “get a chance to vote fully”.

After months of deliberation, on April 22nd, the Citizens Assembly, tasked with the challenge of advising the government what action it should take on the issue of abortion in Ireland, among other issues, voted to replace or amend the eighth amendment in the constitution.

The introduction of the assembly was criticised by pro-choice campaigners, including many student groups, as a way for the government to put-off calling a referendum on the eighth amendment. As the assembly only holds an advisory role, Harris could still advise the government to call a referendum to allow Ireland to vote on whether or not to completely remove the eighth amendment.

Students have been one of the most vocal groups for the repeal the eighth campaign. In March, well over 3,000 people marched for Strike 4 Repeal, calling on the government to have a referendum on the issue. This included a group of over 300 students from Trinity College Dublin Students’ Union (TCDSU). They were not the only union to be involved, however, with other unions from around the country marking high student turnouts. This was followed by an even larger crowd marching from the Garden of Remembrance to outside the Dáil gates that evening. An estimated 8,000 to 10,000 people marched through Dublin city centre in one of the largest shows of support for the repeal campaign to date.