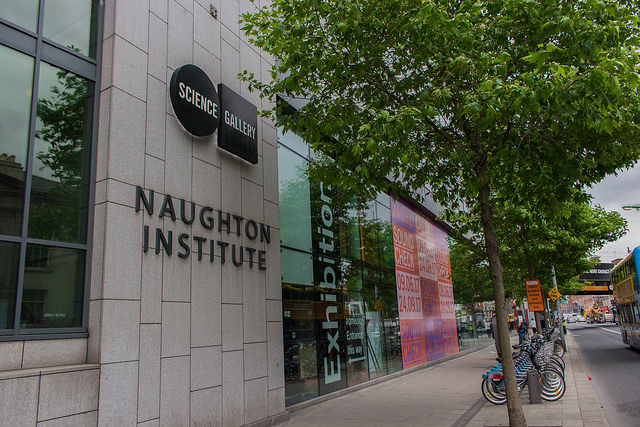 Science Gallery International, the non-profit organisation pioneered by Trinity and based on its own on-campus Science Gallery, is seeking €1.5 million in funding from Irish investors to expand their network of galleries internationally.

By 2020, the Global Science Gallery Network will include six centres worldwide. The funding will be sought over the next three years with the aim of increasing the number of centres to 10, as reported by Sunday Business Post.

Trinity’s Science Gallery, which was built in 2008 and aims to unite science and art to engage young people, has received 2.8 million visitors since opening.

The centres run in collaboration with universities and institutes in technological hubs around the world and these institutions work to raise funding to develop their own gallery.

Bandelli highlighted the opportunity to fund the gallery for investors: “To continue to the tell the story of Irish creativity, we would be very interested to talk to companies or private donors in Ireland that want to be associated with the story and to invest in future of education.”

In 2015, Science Gallery International raised €1.1 million in philanthropic donations, with €450,000 contributed by the Cordover Family Foundation and €700,000 by an anonymous donor.

Science Gallery International was previously given €1 million in funding by the philanthropic branch of Google, google.org, in 2012.