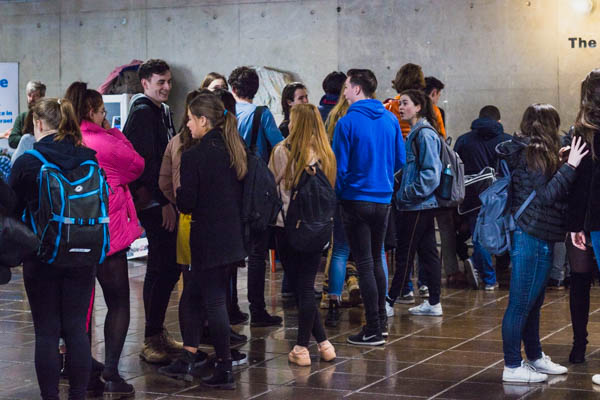 Voting began last night in Trinity Hall after hustings, but voting stations were set up in the Arts Block, the Hamilton, St James’s Hospital and D’Olier St today. Voting times in St James’s Hospital were extended today from the usual time slot of 12pm to 2pm due to confusion regarding the location of the stations.

The reason for the large voter turnout in 2015 was put down to the impact of Lynn Ruane’s candidacy, but also the fact that it was a more tightly contested race. This is similar to what this year’s polling results have shown, as the presidential race is too close to call for either Shane De Rís or Sean Ryan.

In a press statement, TCDSU Education Officer Alice MacPherson said: “While this is early turnout, it is heartening to see that students are engaging with the elections by casting their vote. This year, the Communications and Marketing Officer and I have worked closely to try and increase turnout.”

“We have also incentivised voting, such as with the chance to win a Trinity ball ticket or a three course dinner in the Dining Hall”, she said.

Chair of the Electoral Commission, Gillian Kiely, said she was “delighted” with the turnout.