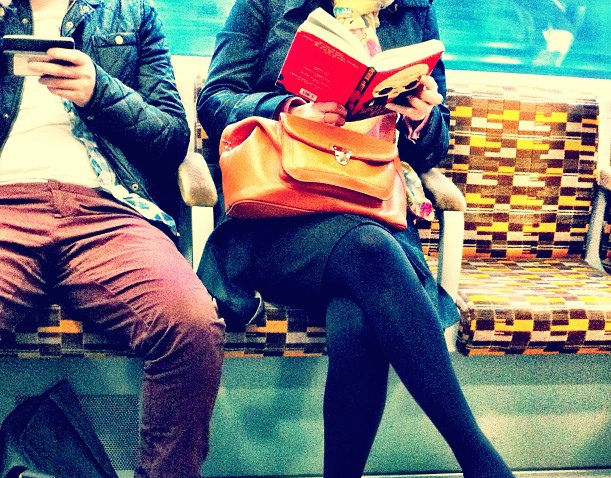 Like many of you, I went to school. I paid attention to the educational videos about bullying and stranger danger and road safety and natural disasters and the apocalypse. In fact I was actually in an anti- bullying video when I was eight years old. Like any good Irish child, I became deeply suspicious of all other people and objects. I grew up believing road users were happy to run me down (turns out this mentality is useful in Dublin), and strangers sat in their vans with fistfuls of sweets ready to pounce. Paranoia has served me well so far. However, while I’m still completely against bullies and earthquakes, I’m slowly beginning to realise that not all strangers are evil. It turns out that if you want to immerse yourself in college life, you have to talk to people, and that they’re nothing like I was raised to believe. Most of them don’t even own vans.

I started commuting this year, from Dundalk to Dublin, which takes between an hour and ninety minutes depending on which train I grab. It was on these trains that I first started to realise just how wonderful strangers really are.

I started commuting this year, from Dundalk to Dublin, which takes between an hour and ninety minutes depending on which train I grab. It was on these trains that I first started to realise just how wonderful strangers really are. One day in the second week of Michaelmas term I decided to take the 11:50 train. It was the first time I grabbed this particular train, my eagerness to get in early during the previous week slipping away to a more appropriate college attitude of doing the bare minimum. It’s a far busier train than its earlier counterparts and the station was full of people waiting with me. As I sat inside the station’s museum/waiting room minding my own vacant business, an old man dressed impeccably in a suit with accompanying trilby hat hobbled into the room. There were no seats and so he began an uncertain, slow circuit of the room, examining a photograph here, reading a display tag there, and nodding as if to confirm their veracity. I wouldn’t be surprised if he had donated some of the artefacts. He had a train driver air about him.

After about ten minutes of this aimless ambling had passed, he made eye contact with me. I quickly looked down but it was too late, I was doomed. Hobbling over as if to greet an old friend, he asked me what I thought of the continuing good weather. I smiled briefly and nodded while making happy sounding noises. That wasn’t enough to deter him though, oh no. He leaned very close to me, at a dangerous angle, so he could place a firm hand on my shoulder. I was literally propping him up now. I don’t think he bent his knees at all. He then lowered his voice from deaf yell to quieter deaf yell and began to speak in a confiding tone.

“No one takes the train anymore,” he insisted with a happy firmness, “absolutely no one.” I didn’t dare glance at the several other people sitting to each side of me, who were listening with polite confusion. I just nodded and smiled again, then went and sat outside. That day the train was so full I didn’t get a seat until halfway to Dublin. I don’t know how he reacted to having to stand. Maybe he wept with happiness. I hope so.

Strangers can be brilliant people and a goldmine of storytelling potential. It can be very hard to turn around to someone and say hey, how’s it going.

I’ve talked to loads more strangers since then, both on the train and in college, and it’s only really backfired once. During Fresher’s week I turned up in the Arts block one of the mornings and saw a large group of fresh faced students milling outside the Ed Burke theatre. I decided to join the crowd, figuring what could really go wrong. I met a really nice Canadian as we all walked into the theatre, and a really nice German when we all sat down. I chatted happily away to my new friends from around the world until my German friend remarked on my perfect Irish accent.

“It’s like you actually are Irish, ha ha ha!” I laughed with him but wondered what he meant. I didn’t have to wait long to find out. A few minutes later the professor welcomed us to the introductory lecture for foreign students. I decided it was way too late to back out and to just roll with it. Meanwhile my new German friend was getting suspicious.

“Where are you from, anyway?” I told myself to stay cool.

About eight minutes later that façade fell through completely and I have been avoiding my German friend ever since. It occurs to me that maybe I’m the stranger I worry about meeting. I’m getting off track.

It turns out that if you want to immerse yourself in college life, you have to talk to people, and that they’re nothing like I was raised to believe. Most of them don’t even own vans.

My point in telling these two stories is simple. Strangers can be brilliant people and a goldmine of storytelling potential. It can be very hard to turn around to someone and say hey, how’s it going. It can be terrifying. There was a real push in the first couple of weeks to help us all do just that and bring us all together, but as the weeks roll by in term two, it’s just so difficult to assume that the person waiting on the couch beside you could want another friend, even though that’s all you want yourself. Next time you’re in that situation, do yourself a huge favour, take a deep breath and say hi. At the very worst you’re going to end up with a story that could make you weep with happiness.