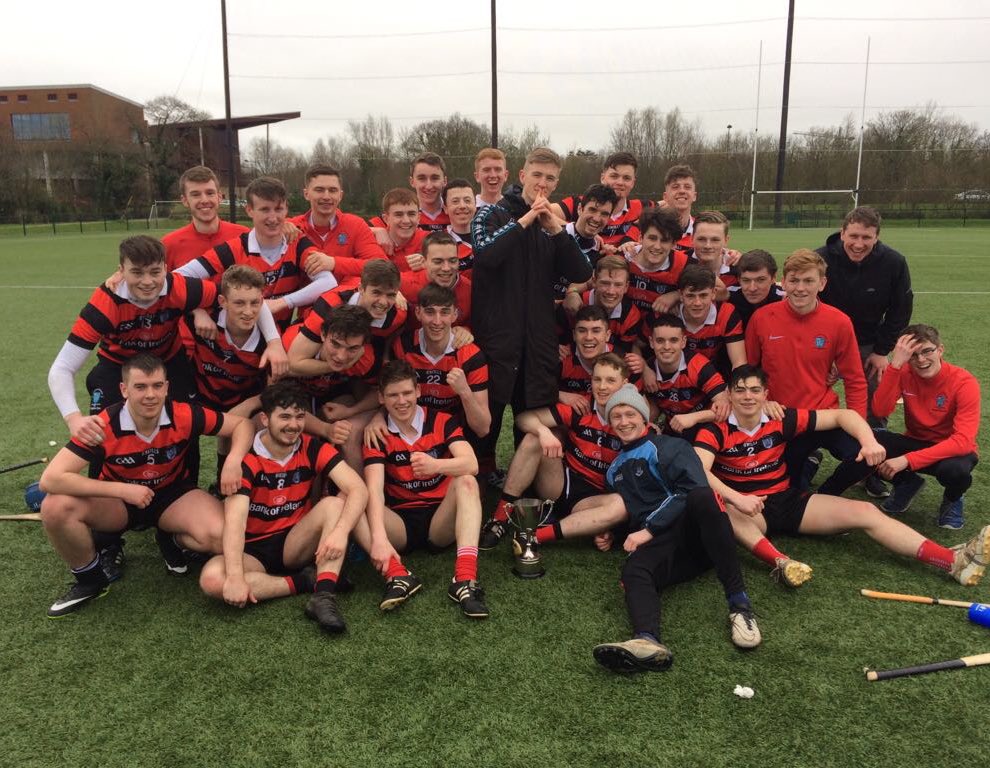 After the on-pitch success of last year, a huge number of new players joining in Freshers’ Week and with the club receiving more and more recognition from college, all of Trinity’s GAA teams had huge momentum going into the year and a desire to leave the club in an even better place than last year.

For the Trinity hurlers, it was a year of exploring new territories. The senior team were promoted to the Fitzgibbon Cup after winning the Ryan Cup twice in a row. A second senior team was fielded for the first time, a major achievement for a college not known for playing hurling. A highlight for the year was the freshers winning both the Division Two League and Championship, a tangible indication of the young talent playing in the College. Another crop of strong first years next year will be a major boost to a Trinity team that does not have a massive pool of players to choose from, like the bigger GAA colleges such as Dublin City University (DCU) and University College Dublin (UCD). Trinity were given a dispensation this year allowing their freshers to play for the senior team, a privilege they hope to retain in the next season.

A low point for the hurlers was their first game of the Fitzgibbon Cup, when they suffered a heavy defeat to Limerick IT in what was a brutal introduction to the highest level of college hurling. The next few games against Waterford IT and DCU, were closer and more encouraging. With the honeymoon period of making it into the Fitzgibbon now over, the Trinity hurlers’ aim next year is to win games and to make it out of their group.

This year, I think we actually deserve some recognition

As Trinity hurling and GAA as a whole becomes an increasingly integral part of the Trinity sports scene, the hurlers also felt that their presence needs to be felt in the Sports Commons – an annual Trinity sports awards ceremony in the dining hall. Speaking to The University Times before the ceremony, PRO, coach and player, Leon Breen, explained a reluctance in past years to put the hurlers forward for the awards as there was a sense that they would be overlooked. “This year, I think we actually deserve some recognition.” Indeed, at the awards on April 5th, the hurlers took home two awards (a third was wrongly attributed to the team and later given to Trinity Sailing, with Trinity Sport apologising for the “administrative error”), and were shortlisted for six categories.

The ladies footballers had a mixed season. After a somewhat lacklustre league campaign, they went into the Giles Cup as strong contenders. Last year, they competed in the O’Connor Cup – the Division One Championship – but dropped down this year to the Giles Cup. To have any chance of being competitive in the O’Connor Cup a team needs to have a truckload of experience playing first division teams and also needs a raft of inter-county players – something the ladies team lacks. Despite struggling in the O’Connor cup the footballers were well able to go all the way in the Giles Cup. They breezed through the group stages, showing both skill and determination to finish a game out, demonstrated in their close game against Mary Immaculate College of Limerick. Winning this game meant they had qualified for the weekend of finals in Galway-Mayo Institute of Technology (GMIT) to play Athlone Institute of Technology (AIT) in the semi final. After beating AIT in the league, the ladies were perhaps a bit complacent and after star full back Roisín Boyce was stretchered off, Trinity’s heads dropped. In one of the low points of the season, AIT took control of the game and deprived Trinity of the chance to win a second Giles Cup in three years.

After booking accommodation for the weekend, the team left GMIT heartbroken, particularly the fourth years who will never get a chance to avenge the defeat, an example of the cruelty of college sport and a sentiment expressed by fourth-year student and Laois senior footballer Haberlin when speaking to The University Times: “That was Trinity football gone in one day and not in the way I wanted it to go.” The footballers will undoubtedly bounce back, however. They now have aspirations to win the second division league and build with the desire to give the O’Connor a second shot in 2019.

The camogie team made it into the Purcell Cup this year after winning the Third Division championship last season. Unfortunately, the success of last year could not be replicated and they lost their three matches in the competition. Speaking to The University Times about their performance in the Purcell Cup, player and Social Officer for the camogie team, Katie Browne said: “It was a combination of not being prepared enough this year, and in the first year you’re testing the waters to see how you’re going to get on.” They did not fare much better in the league winning one out of their three matches. When asked about how they could improve, Browne said that an increase in numbers attending strength and conditioning training was important. “It never really took off.” Also retaining as many fresher players as possible next year will be essential to their success. Nevertheless, there is plenty to be optimistic about with some strong players coming through and competing in the Purcell Cup is an achievement in itself.

The men’s Senior Gaelic team competed in the First Division league this year. They were dealt some heavy defeats but managed to avoid relegation after beating Cork Institute of Technology (CIT) in a close encounter. They also competed in the Sigerson Cup – the Division One Championship – this year in which they were knocked out by NUI Galway in the preliminary round. This year also saw the appointment of Paddy Christie, an ex-Dublin All-Star who is also famous around Dublin for his coaching success at underage level with Ballymun Kickhams. This appointment is a major step in the right direction and it is clear he is someone the club wish to keep on.

Speaking to The University Times, Chairperson, Bryan Mallon, stated that he was keen to see Christie continue as the manager: “To have his knowledge, know-how and expertise has been amazing … We’re going to do a lot better with that type of expertise.” In an interview with The University Times, Christie expressed an interest in staying on as manager. Next year, the seniors will look to win their first game in the Sigerson Cup and build from there. Despite having an excellent chance of winning their championship, the Intermediate team were knocked out by St Pats of Drumcondra. The freshers team, after winning last year’s All-Ireland Second Division Championship, suffered the same fate as the two other Gaelic teams, being well beaten by an exceptionally strong Institute of Technology Tralee (IT Tralee) team. On a more positive note, the freshers also saw their biggest recruitment ever with 35 players togging out for their first game against Queen’s University Belfast – a game that was subsequently called off. This is a promising sign for future Senior and Intermediate Gaelic teams.

A common complaint across all GAA disciplines in Trinity is their inability to compete with the bigger GAA colleges to attract inter-county players and this year was no different. In the 1990s, Trinity teams competed at the highest levels with their men’s Gaelic team making it to a Sigerson Cup final and winning two Division One titles. Mallon put this down to money: “Before there was money involved, people were up for coming here. It shows it’s the money that’s making the difference.” The fact that points are not lowered for players on scholarships is another reason for the lack of big names attending Trinity. When talented players are shopping around for the best university to go to, they will almost always choose the one handing out the best scholarships, something Trinity simply does not offer. Every year when teams lose their fourth-year students, they may not even faintly resemble the last year’s team. That is why it’s imperative to have quality, inter-county players attending Trinity and filling in the gaps in teams at the end of every year. With the scholarships currently available, this won’t happen, and although it is improving and it will be a slow process, more effort needs to be put into fundraising and improving the terms of scholarships awarded to players.

A sign that the willingness to invest in Trinity GAA and a highlight for many was the pitch opening in Santry this year. The day of the opening was action-packed, with the president of the GAA making an appearance to cut the red tape and an exhibition football match between a mix and match Trinity side and the Dublin development squad. The new pitch gives Trinity GAA a home. Before the pitch was opened they had to train on the pitches of Clanna Gael’s, a GAA club in Ringsend. Having their own pitch gives the teams a sense a permanence and belonging. The buses provided by the College to ferry players to and from the pitches give the players an incentive to go to training. If the progress seen this year continues, the growth of Trinity GAA should be even greater next year.