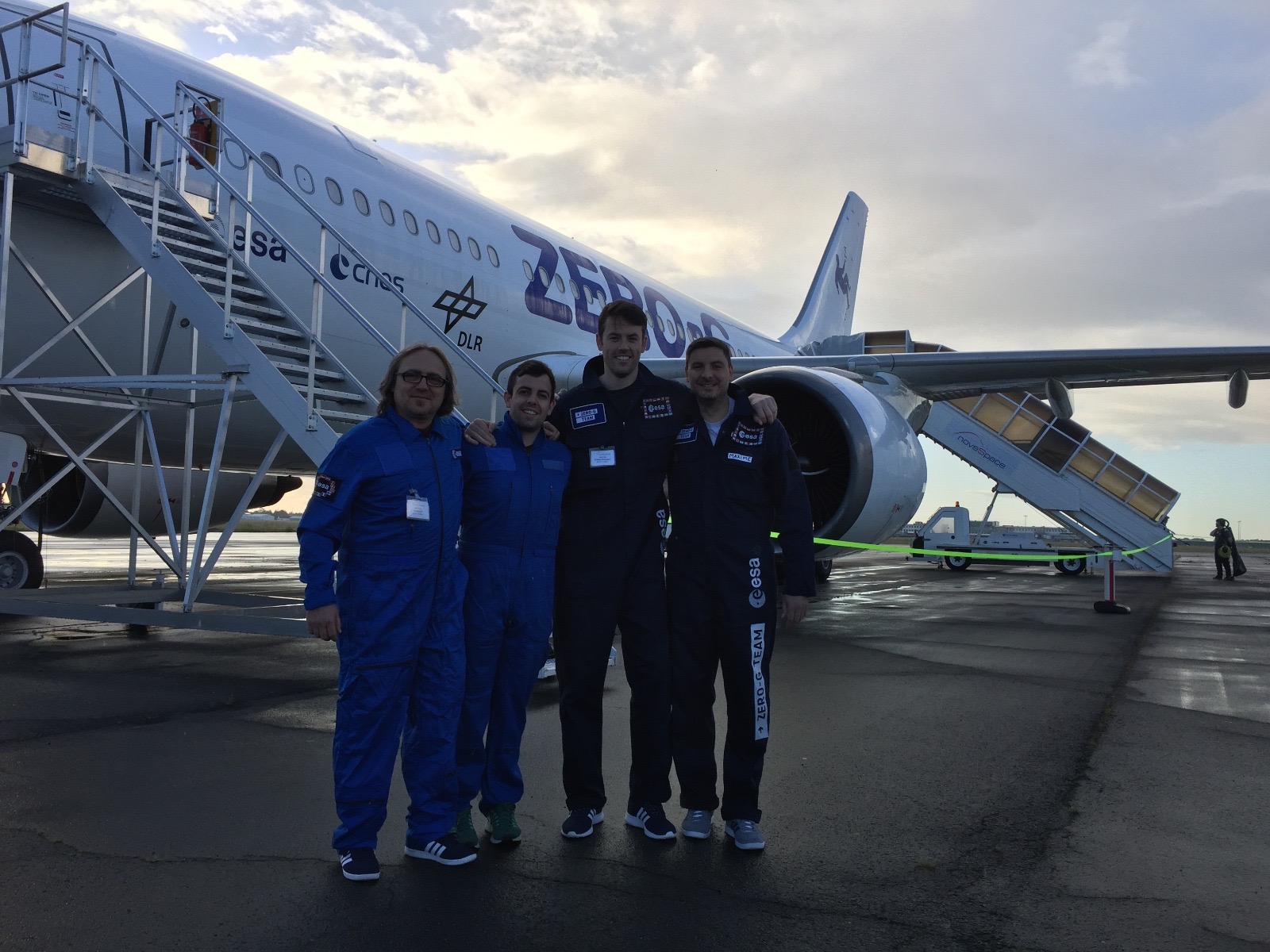 Dr Tony Robinson’s work for the European Space Agency (ESA) involves exploring how deep space travel might one day become possible. Recently, however, his research took him across the Atlantic to explore zero gravity for himself at 32,000 ft.

Robinson, who is a researcher in Trinity’s Connect centre, and lectures in mechanical and manufacturing engineering in the College, was taking a trip in a specially designed aircraft to study how steam might one day be used to fuel space ships for space travel in the future.

With a focus on how water evaporates in space, Robinson and his fellow researchers spent two hours collecting data and experiencing zero gravity. The aircraft they used, often referred to as “vomit comets”, achieve zero gravity by making a sharp ascent from 24,000 ft to 32,000 ft at an angle of 45 degrees before levelling off. It’s at this point passengers will experience nearly 30 seconds of weightlessness, before the plan tilts downwards at 45 degrees to complete the final stage, levelling off at normal altitude.

The various twists and turns involved in the zero-gravity experience means that each passenger must receive a scopolamine injection before the flight to decrease the effects of the plane’s motion on people’s bodies.

Robinson, over the course of his two-hour trip, experienced 30 of these sequences. The work isn’t insignificant and every terabyte of data collected by the ESA team will help solve one of the biggest problems facing the next generation of space travel: how to find an adequate and safe power source.

“If we’re going to travel to other planets, we’re going to need more than solar panels on spacecraft”, Robinson said in a press statement. “Huge amounts of power are needed for propulsion. Steam has great potential but we know very little about how it behaves in space.”

“Each time we boil the kettle for a cup of tea, we see the power of steam”, he said. “Every material is affected by gravity so, if you attempt to boil water in space, it’s going to be different to the situation on earth. Things happen in space that don’t happen here and we don’t understand why.”

The aircraft used by Robinson is an older model – only older aircrafts can mimic the weightlessness of space, because modern aircrafts can’t be used due to their computer systems which don’t allow for the quick maneuvers necessary to achieve zero gravity.