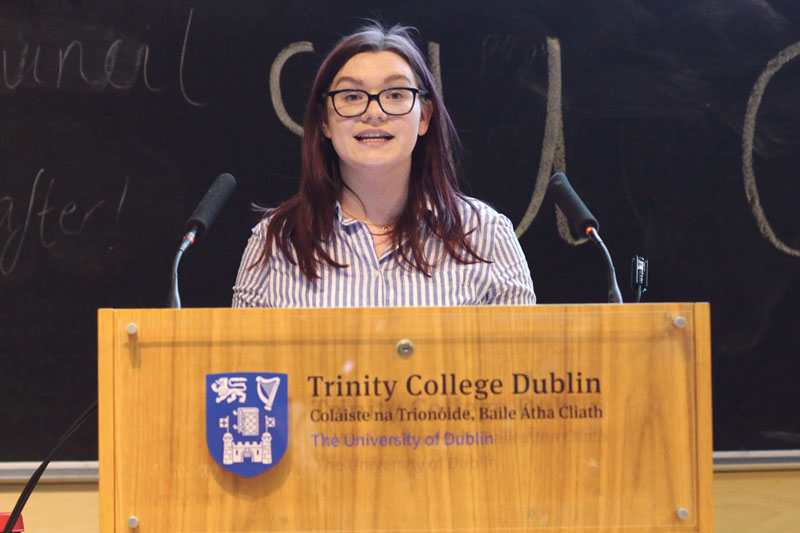 The Union of Students in Ireland (USI) has called for clarity around voter registration ahead of the upcoming general election, arguing the government must ensure students who have registered in the last year are automatically able to vote on February 8th.

Under current legislation, the register of electors is updated on February 15th every year – a week before the upcoming election. This means that at present, those who registered after the same date last year will not be automatically able to vote.

Students can apply join the supplemental register until 14 days before the general election – January 23rd.

Speaking to The University Times this afternoon, USI President Lorna Fitzpatrick said there is currently “no clarity” on whether the government will instruct local authorities to automatically transfer those who have registered in the last year onto the list.

“The fact of the matter is that we need to have some level of clarity on this”, Fitzpatrick said. “And the government needs to take action on this, to ensure that everybody has the chance to have their voice heard. People registered to vote in good faith, and to have their voices cut out because of a couple of days is ridiculous as far as we’re concerned.”

Fitzpatrick said she was awaiting a call from John Paul Phelan, the minister of state for local government and electoral reform, “to try and get some clarity on the matter – because the department weren’t able to give us a clear answer”.

Fitzpatrick, who met this morning with Minister for Higher Education Mary Mitchell O’Connor, said the government “should have had the foresight and understanding when they were calling this election to ensure that this was going to be resolved”.

USI will launch its general election manifesto in the coming days, with four “key asks” – access to quality education, an equal health system, a sustainable society and a welcome for all. Each of the asks has several subheadings, in a manifesto that Fitzpatrick said is “quite broad but very realistic in relation to what we are asking for to be priorities of the next government”.

She added that access to higher education is “is a massive priority for USI”.

“It’s about reform to the system – from funding, to student financial supports, and obviously the introduction of publicly funded education”, she said, before flagging “the need to end the direct provision system and to ensure that any students studying in Ireland aren’t subject to deportation orders”.