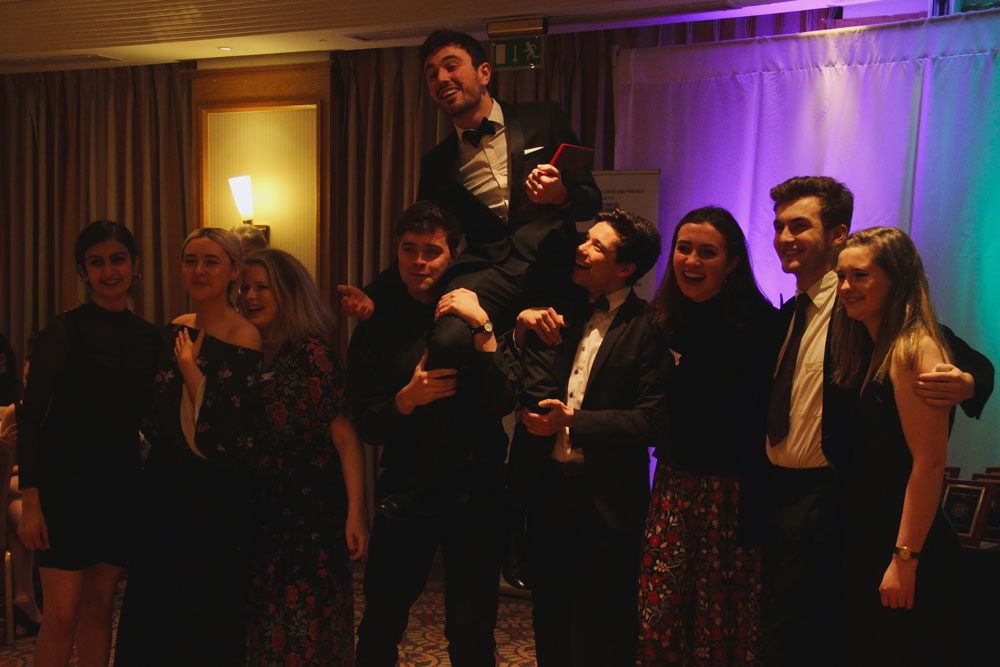 The annual awards took place this evening in the O’Callaghan Alexander Hotel. Awards were distributed in the first part of the evening, with the “Alt” awards and announcement of Best Overall Society following the dinner. Chair of the CSC, Benn Ó hÓgáin introduced the evening and, Joseph O’Gorman, the CSC’s Strategic Development Officer and MC for the evening, took to the podium as the evening’s charismatic host.

The award for Most Improved Society was the first to be announced, with Italian Society beating the Gamer and Physics Societies, with Afro Caribbean Society, Neuroscience Society and Trinity Orchestra nominated. General Science Society won Best New Society over Musical Theatre and Trinity Space Society.

Abdulqadir Abshir took home the award of Best Fresher for his involvement in the Afro Caribbean Society.

Although DU Dance unfortunately were not present to accept their award, the society won Best Event for “Trinity’s Best Dance Crew”. An Cumann Gaelach won Best Large Society over the College Historical Society (the Hist), DUISS, Law Soc and DU Players. This win was met by a spontaneous unison rendition of the national anthem. The Best Individual award, sponsored by the Trinity Alumni Office, was presented to DU Players’s Molly McAvoy, with the Societies Choice award going to SOFIA.