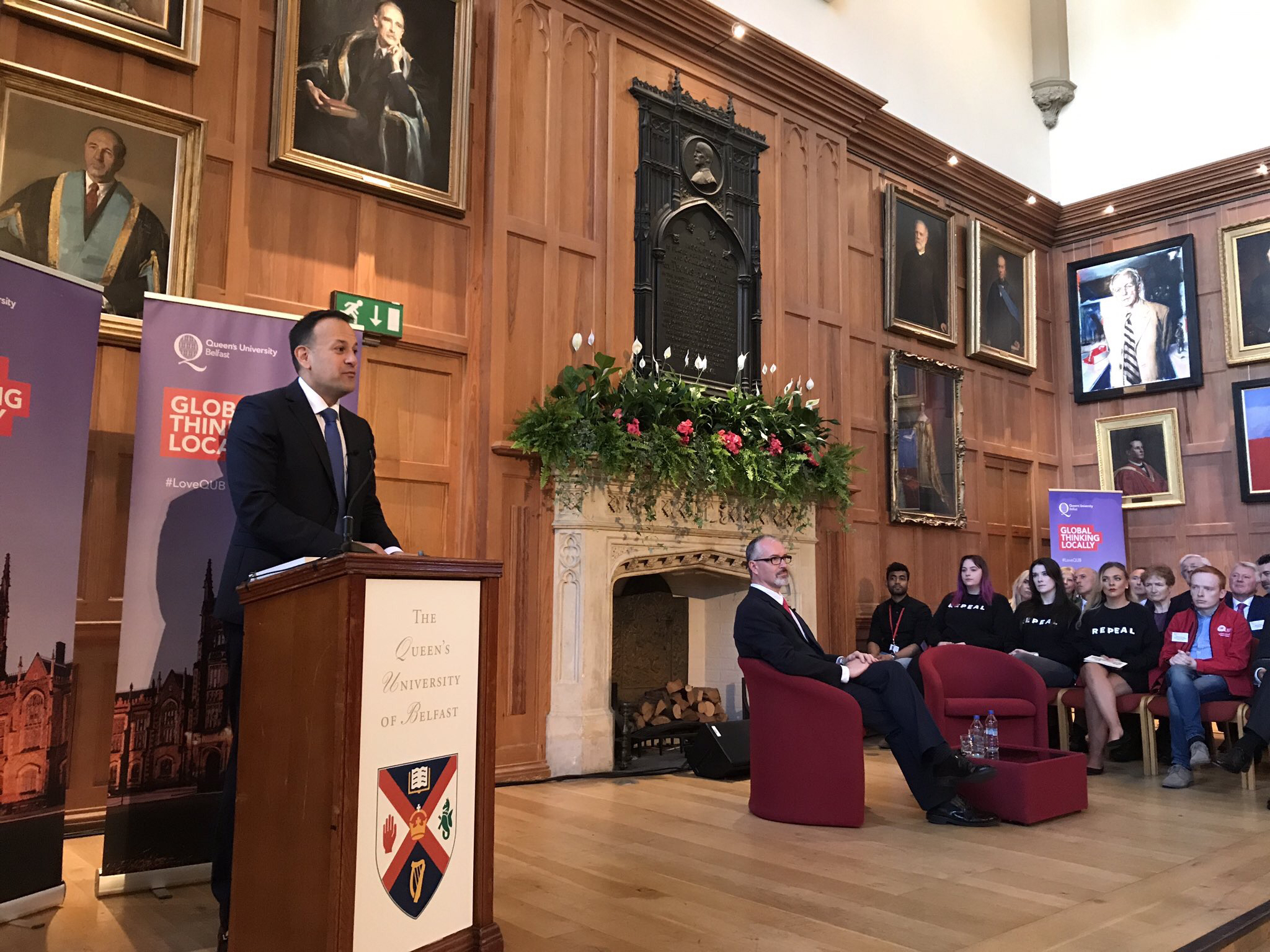 The government has promised to take into consideration student concerns about a referendum on the eighth amendment being held in the summer, Taoiseach Leo Varadkar has told students at a talk in Queen’s University Belfast.

Responding to a question from Rachel Powell, the Vice President for Equality and Diversity in Queen’s University Belfast Students’ Union (QUBSU), Varadkar said if the referendum isn’t held before the summer, “it probably won’t happen until the latter part of the year”.

While Varadkar didn’t give any specific month or date, his answer does suggest that the country is likely to avoid a referendum on the eighth amendment in July or August. Indeed, his answer left open the possibility that any referendum could be held after the summer, later in the year.

Powell told the Taoiseach that students were concerned about the potential impact on voter turnout among young people if a referendum is held during the summer. “I definitely take the point”, Varadkar said, adding that he understands young people would like referendum at a point when they can best participate.

In recent days, since the government announced a potential timeline for referendums over the coming months, concerns have been raised about the possibility of holding it in mid-summer. Writing in The University Times, Annie Hoey, a former President of the Union of Students in Ireland (USI) and the Education and Training Officer with the Coalition to Repeal the Eighth Amendment, said: “If politicians know the immense contribution young people made during that referendum, would they make it so very difficult for students and young people to potentially participate in the repeal referendum?”.

Varadkar was speaking in Queen’s as part of his first state visit to Northern Ireland, giving a speech that touched on shared infrastructure between North and South as well as the importance of maintaining ties psot- Brexit.

Speaking to The University Times after the speech, Powell said she felt compelled to ask the question because “this is a student issue and we are student representatives”. QUBSU, like numerous students’ unions across the island, have a pro-choice mandate and a number of their officers wore the popular repeal jumpers that have become hallmark of the pro-choice campaign. Powell referenced the large number of Irish students who attend Queen’s, calling repeal an “all-Ireland issue”.

“We think it’s only fair students are heard on this issue”, she added. She was also happy with Varadkar’s answer. “We got on the record that he’d prefer if students are in the country”, she said.

Students have played a crucial role in the campaign against the eighth amendment in recent years, dominating the strikes and marches calling for a referendum on the issue. Many students’ unions have made the eighth amendment a central focus of their campaigning, with Northern Irish students’ unions, in a country that has just as restrictive abortion law, offering vocal support.

Aside from announcing a referendum on the day of his appointment as Taoiseach, Varadkar has been largely tight-lipped about what form any referendum might take. An Oireachtas committee is currently considering the recommendations of the Citizens’ Assembly, which, calling for a dramatic expansion of Ireland’s abortion law, took sceptics on both sides of the debate by surprise.