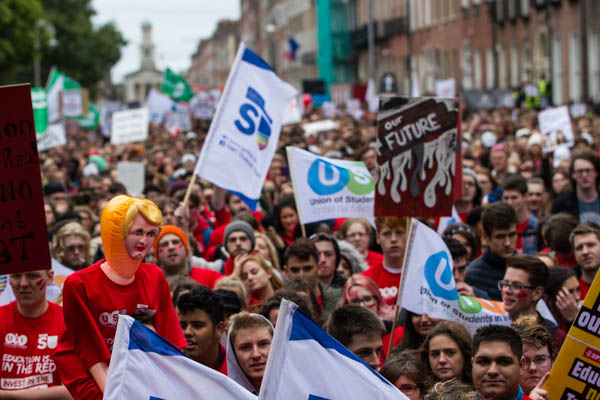 Photo by Ivan Rakhmanin for The University Times

Pharmacy students from all over the country, backed by the Union of Students in Ireland (USI), will rally at the Dáil next week in protest at fee increases and unpaid work placement.

The protest, which takes place on January 24th, is being organised by USI in conjunction with the Irish Pharmaceutical Students Association. The groups will launch the Pharmacy Students’ Campaign Report before submitting a petition to the Pharmacy Society of Ireland.

The petition against the new MPharm Programme, which will see students paying fees of €8,500 for fifth year and undertaking 12 months unpaid work placement, has gathered almost 6,000 signatures.

Trinity’s revised pharmacy programme is now five years long and includes an integrated master’s degree. This has led to an increase in the cost of the degree.

In addition, students are no longer allowed to accept payment over the course of their 12-month placement. In the past, payment could be offered at the discretion of the placement employer, but students who receive payment will now be sanctioned by the Pharmacy Society of Ireland.

In November, The University Times revealed the “huge financial strain” experienced by pharmacy students as a result of the changes. Trinity College Dublin Students’ Union (TCDSU) Pharmacy Convenor Lara Moehle said the situation has caused “a huge deal of stress”.