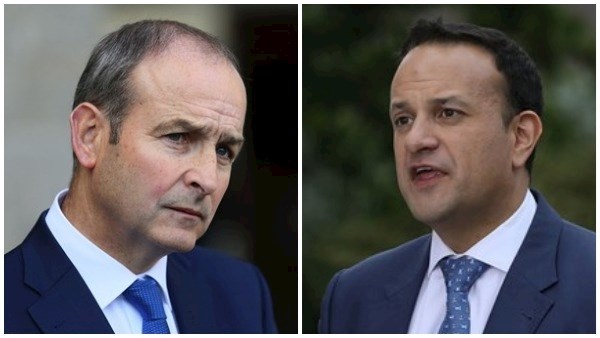 If we’re to believe the pundits, this election more than most others in Irish politics is a battle of the big two – Fianna Fáil and Fine Gael. The conclusion of the parties’ confidence-and-supply deal signalled the end of the uneasy truce that bound them together for three years, and potshots have started flying in both directions as the parties seek to differentiate themselves and pitch to voters.

Predictably, issues like housing, health and Brexit will dominate debate, and it’s unlikely that higher education will be at the forefront of voters’ minds on election day. But for those who work and study in Ireland’s third-level institutes, the election comes at a crucial juncture for the sector’s future.

Higher education has been in limbo for years now, operating on dwindling state funding since the recession of 10 years ago while student numbers have surged. 2016’s Cassells report, designed to create a roadmap to recovery, has languished in the government’s bottom drawer, and in the meantime funding per student has fallen 40 per cent in the last decade. With little to no change seen in universities despite the report’s suggestions, college decision-makers have increasingly turned to philanthropy in order to pay for projects.

The coming weeks will doubtless see politicians from all parties making all sorts of promises on many issues, so it’ll be interesting to see what they pledge when it comes to third-level education. But it’s vital to examine exactly what these parties have done and said for the sector in recent years in order to make a decision based on substance rather than campaign promises.

Although issues such as housing and health may be at the forefront of debate surrounding Fianna Fáil, prominent figures such as party leader Micheál Martin haven’t been totally silent on higher education. In August 2019, he even appeared as the keynote speaker at a conference organised by the Irish Universities Association, engaging with issues – like, research, funding and autonomy – affecting the sector.

For university heads, Martin’s proposal to set up a department dedicated to higher education will have been his most interesting suggestion, as well as his cautious embrace of university autonomy – albeit with the caveat that “with autonomy comes responsibility”. Students, meanwhile, were predictably unhappy at his admission that his party would consider a “voluntary” loan scheme if in government, and his assertion that he “does not believe in abolishing fees” at third-level. Martin did discuss a possible increase in PRSI charges in order to fund increased state investment in third-level, but avoided specifics when it came to any funding models for the sector.

Thomas Byrne, the Fianna Fáil spokesperson on education and skills, has been critical of the government’s inertia on the Cassells report, and has remarked that higher education needs investment of up to €100 million in funding to help tackle the funding crisis. This, however, pales in comparison to the €600 million identified by the report as necessary to safeguard the sector.

“Empty promises” is a cliche in politics at this point so it is hard to tell whether anything Martin or Byrne has said will happen under a Fianna Fáil-led government. But even if Fianna Fáil does everything it has planned for higher education, it’s doubtful that the third-level sector will look much different to how it does now.

When you look at how the Fine Gael government has dealt with issues in higher education over its time in government, it becomes clear that it has overall committed to very little in terms of concrete plans for the funding crisis. With both Taoiseach Leo Varadkar and Minister for Education Joe McHugh pledging not to raise college fees – in McHugh’s case, for the next five years – there is some assurance for students concerned by the financial implications a loans scheme, but it’s far from clear how the government plans to fill the funding gap. There have also been suggestions, even within the government itself, that fee pledges are “political” and without financial backing.

Instead of tackling core funding, the government has embraced gender equality initiatives at third-level and moved increasingly towards the idea that higher education should prepare students to work in “key skills areas” – particularly in software and technology. Its wholehearted support of a Grand Canal Innovation District with Trinity at the centre, as well as the focus on innovation courses in recent funding allocations, shows a government that seems to view big tech and business as the future of higher education.

One area where the government has been particularly proactive is the creation of technological universities. Varadkar has been particularly insistent that institutes of technology amalgamate speedily, in order to create universities in rural areas. Some have accused Fine Gael of using technological universities as a political pawn, given the greater prestige afforded by the title of a university, while others say they’re vital for the improvement of educational services around the country.

It’s perhaps not surprising that Varadkar has welcomed the burgeoning role of philanthropy in universities – he called it “a form of patriotism” at the official opening of Trinity’s new Business School in 2019. Given the reluctance at government level to tackle core funding issues, it’s hardly surprising that Varadkar is happy to outsource the problem to private benefactors.

In Fine Gael’s defence, its status as a minority government arguably tied its hands on major funding decisions in recent years. But without an abrupt shift in policy, it’s hard to see the party changing its approach to the single biggest issue affecting Ireland’s third-level system: funding.