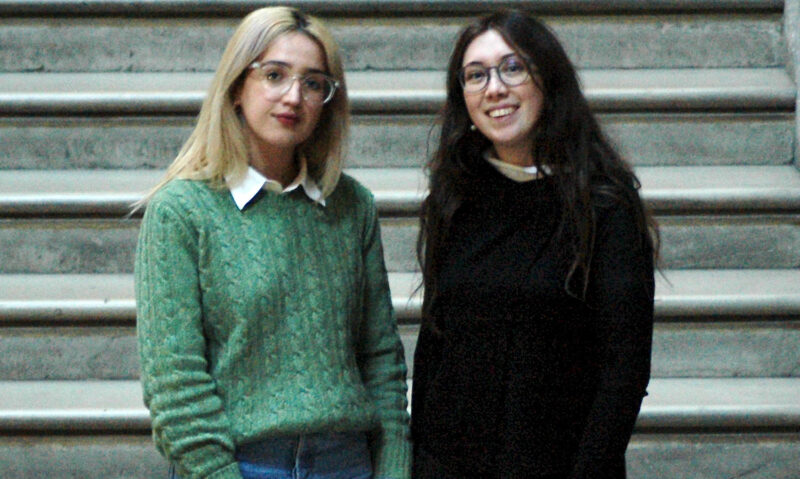 Rupert Kettle for The University Times

This Thursday evening, Trinity Fashion Society (Fashion Soc) hosts its annual fashion show in the Chocolate Factory arts centre on King’s Inn St. The theme for 2020 is Le Temps de l’Amour, an homage to young love, inspired by French New Wave cinema. And Lizzie Dunning, the chair of Fashion Soc, says audiences can “expect to see a show unlike what we’ve done previously”.

Dunning promises a colourful and visually exciting show, with clothes from Dublin-based designers worn and styled by students from Trinity. Tickets are €14 and cover entry to the show as well as the after-party in Ukiyo, with drinks deals aplenty.

Dublin is full of young creatives, but musicians, artists and designers in need of a platform often lament that there are very few places to perform or exhibit their work. The “fashion industry” in Dublin is far behind its contemporaries. With no fashion week, Dublin fashion is propped up by pop-up shows and social media. For Dublin fashion designers, then, the Trinity Fashion Show has become a crucial collaborative process.

Designers, models, stylists, hair and makeup artists are given the opportunity to meet and put together a one-off spectacle, Dunning – who’s also the show’s creative director – tells me.

Asking about her inspiration for the theme, I suggest that perhaps it stems from the work of other designers. Dunning tells me in her opinion it is best not to draw too much inspiration from what other designers or runways shows have done. “You have to go to movies, or individuals, or artists. We’ve based a lot of what we are aiming for on French New Wave cinema, like Jean-Luc Godard, Jane Birkin, that kind of thing. A kind of reinterpretation of what we associate french cinema being.”

We were up until like 3am in our Fashion Soc room last year, putting all the outfits together

A week before the event, Dunning and Fashion Soc Treasurer Lika Arevadze – another designer on the show – seem excited, but aware of the often high-pressure nature of fashion shows. They have contacted designers and shops in Dublin and hope to receive the garments two days before the show – something Arevadze says is an improvement on last year, when they pulled the clothes the day before the show: “We were up until like 3am in our Fashion Soc room putting all the outfits together.” Dunning smiles. “It’s very high stress, we don’t have much time … but it’s really fun!”

I ask if there are any pieces they’re particularly excited by. Arevadze describes a corset by John Mangru – which she says “almost looks like a renaissance painting”. Mangru is a standout young designer in NCAD, with three pieces in the show. He tells The University Times that they’re “all following my vibe of what I tend to look at for inspiration. 1700s, Renaissance period, very Marie Antoinette style, Versailles France, that kind of grandeur”.

As a designer, I feel really humbled to be able to do this. It is my first kind of debut of showing my own work as a designer in Ireland

“That is kind of my thing”, he adds, “so all the outfits are my interpretation of that era”. He hand embroidered and embellished his pieces, inspired by the “over the top, huge, glitz and glamour … for example, the coving you would see on the walls of Versailles”

According to Dunning, Twiggy Moore – another high-flying Dublin designer – “is making designs specifically for show, which is really exciting”. Moore, who is also a student from NCAD, based one of her collection on her relationship with her sister and the clothes they used to dress up in as a child. She mixed the colour of crayon drawing into her knitwear, “exploring how you have the child-esque space”, she says.

Moore says her pieces are based on 1970s “Jane Fonda vibes”, and explore the theme of femininity through pink tonal colours that are in keeping with the show’s theme. She says that for the show, “everyone is really inspired by each other. As a designer, I feel really humbled to be able to do this. It is my first kind of debut of showing my own work as a designer in Ireland. What we need in Ireland especially in Dublin to promote fashion as a whole”.

Dunning says that “it’s nice to be reassured that the show means something to actual designers and people who are very much part of the fashion industry in Dublin. It’s nice to be reminded of that because I don’t know if there is any other platform like this, that can give designers, models that space, so many people can get involved in a lot of ways”.